My mom told me about this segment she watched on 60 Minutes shortly after we moved to Congo, but our poor internet connection over there never let me check it out. Last week at a sushi bar here in Arizona, a new acquaintance mentioned she saw it too. So I finally looked it up.

I had no idea that the only symphony orchestra in Central Africa could be found right here in our host country. (One more reason to get up to Kinshasa soon, Seb!) Kinshasa is the capital of the DRC, one of the largest and fastest-growing cities on the continent, despite having zero infrastructure to support such a population. I remember reading about the rich musical history of Congo in Michela Wrong’s excellent book “In The Footsteps of Mr. Kurtz,” including the sad photo of what she called “one of the last grand pianos in the city” at the declining National Conservatory of Music — a piano missing its third leg, propped up on a chair.

Watching this video gave me goosebumps. Many of the beautiful faces look familiar, the city scenes too, despite never having been there. Yet.

Check out the 60 minutes episode here.

Neither video made mention of the documentary being made about the same orchestra. Click here to watch the trailer. If it interests you, you can also order a DVD of the full documentary from Amazon. Mine is on its way. 🙂 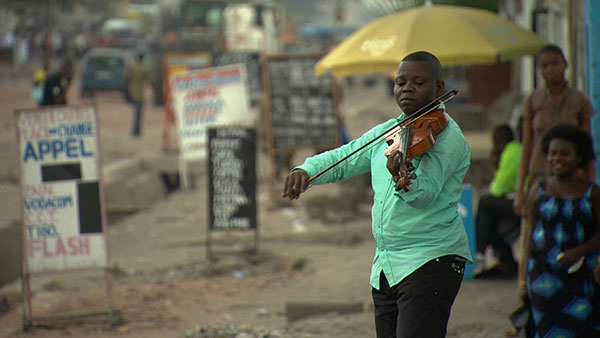