Our resident French doctor friend came by the house last weekend with a bucket full of guavas for us. Guavas are falling off the trees around here; it seems they all come into season at the exact same moment and last only a couple of weeks. Kind of like mango season a couple months ago, intense but brief. Guavas are apparently really good for you: A single fruit contains four times as much vitamin C as an orange! They’re loaded with antioxidants and have lots of traditional medicinal uses, including fighting cancer.

The only guava I’d ever tasted before was guava juice at a breakfast buffet in Thailand. I’d loved it. But a bucket of guavas and no juicer in sight? I didn’t know what to do with them. 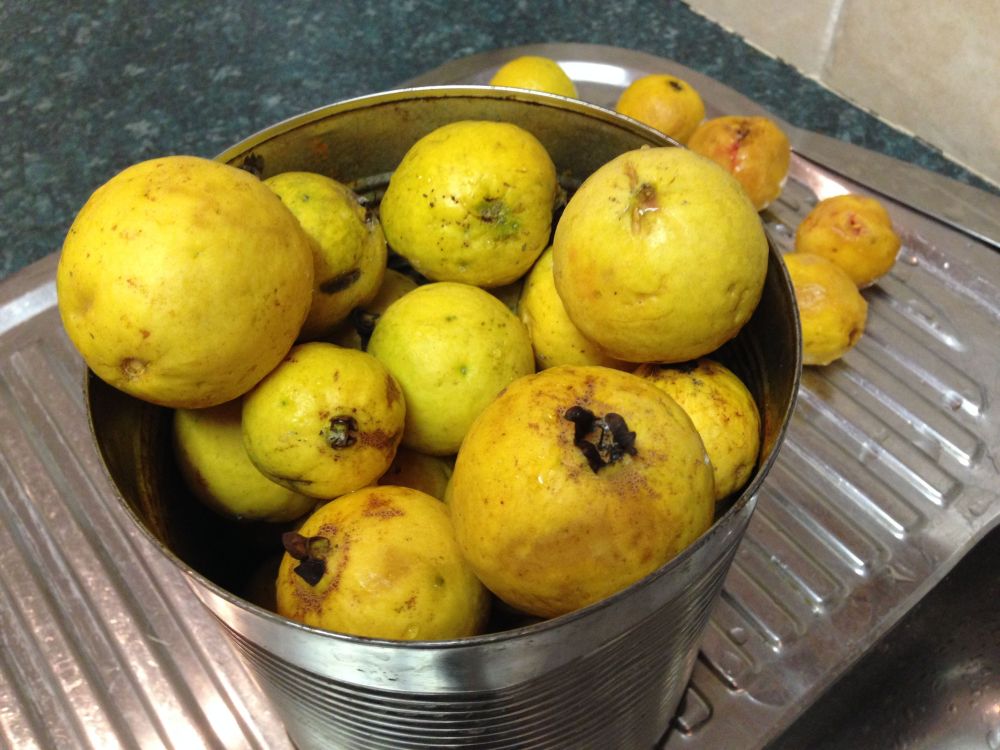 Seb told me he really enjoyed guava jam when he visited Hawaii, and that the doctor had made some and I ought to try too. I’d never made anything with guavas, nor jam of any kind before. And I barely knew what guavas even tasted like. But I can’t resist a challenge, especially a throwdown from my husband. Game on!

I found several guava jam recipes online but they only helped confuse me. Some said to peel them and use the pulp with the seeds, others said to deseed them and use only the peel, still others said to use the entire fruit. Some used an overnight sugar maceration, others just a quick whizz in the blender before a short time on the stove, and some a long time on the stove and no blender.

I decided to let the guavas tell me what to do. They were incredibly ripe, soft, practically falling apart. If I tried to peel them there would be nothing left. If I tried to deseed them there would be nothing left. So I trimmed only the nastiest of bits and threw everything else into a saucepan, added water, and let it all boil down for something like 5 hours. (Minus a power outage in the middle of it all. Of course.)

After that, a quick whizz with an immersion blender, then a pass through a fine-mesh strainer to remove all the seeds. A beautiful red-orange puree remained. To that I added sugar, a pinch of salt, and a squeeze of lemon juice. Then boiled it again until thickened. The result was gorgeous and very tasty, if I do say so myself. Smooth, flavorful but not overpowering, sweet but not too sweet. It can even be eaten with a spoon, and I can’t say that of most jams.

I gave a jar to Viviane and she returned with it completely empty the next day, asking for the recipe! She said she had shared it with her husband and a friend the evening before, neither of whom could believe it was really made from guavas. The fruit has a reputation for being a little less than enjoyable, I guess. It has a slightly bitter flavor and super-hard seeds which can easily chip a tooth. So the next day we made another batch of jam together (just that morning a friend had brought over another bucket of beautiful fresh-picked guavas) which she took home along with the recipe. I also made an Indian-style guava and tomato curry for lunch; it was a keeper as well.

We’re all guava fans now, even the monkey! 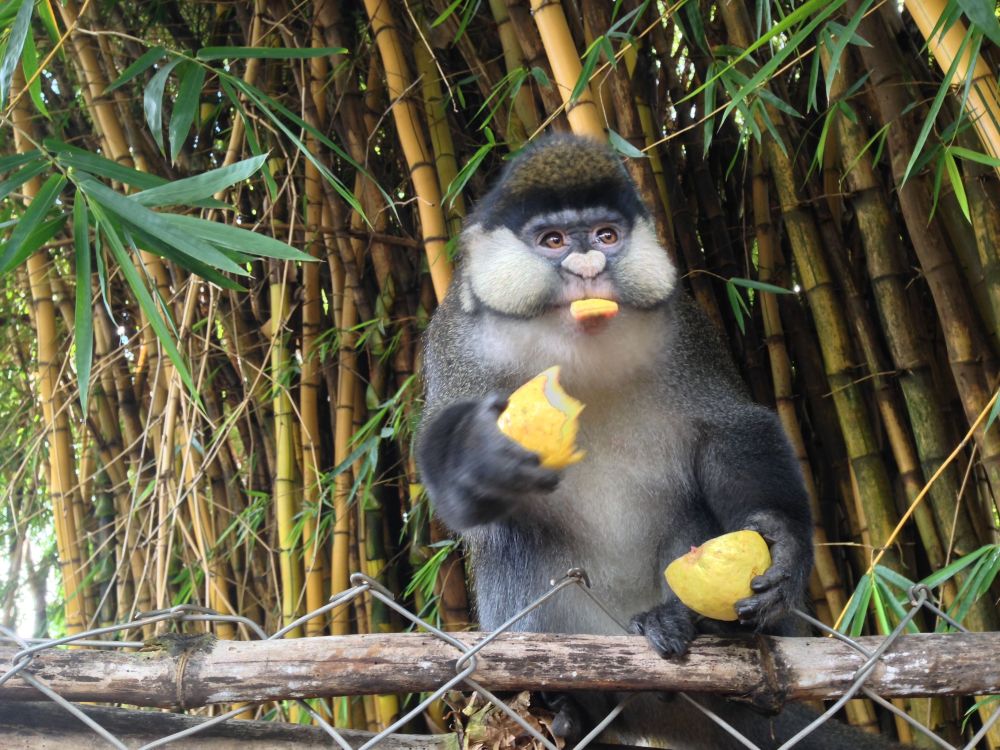 Lucy and The Guava

Anybody have any good guava recipes out there? Would love to know more!