Today I jumped in Merv’s truck for a chance to visit nearby Tenke village.  He’s building a new wing for the clinic there, and needed volunteers to help paint.  At the BBQ last night, a friend from the Social Department and I agreed to go.

The clinic is incredibly basic.  They let us walk around and take a few photos.  There were a couple of patients there; in fact a baby had just been born last night. 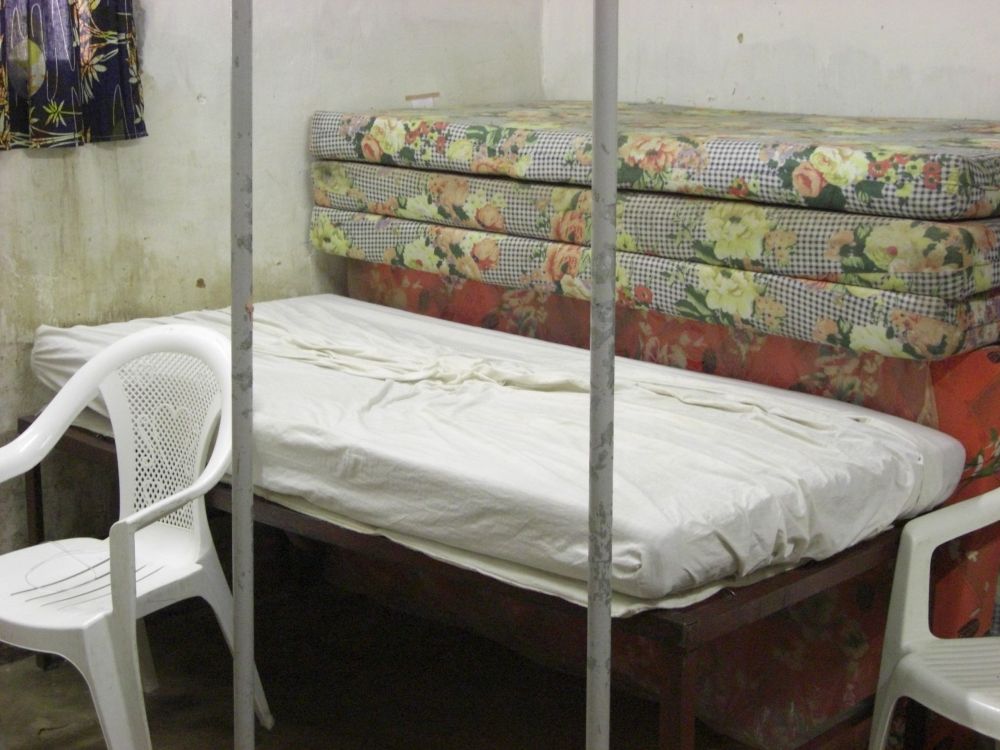 Behind this 2-room clinic Merv is building a very nice addition.  There will be a large bathroom with several toilets and showers, a laundry room, a special maternity ward with private shower and toilet, even an operating room.  This facility will make such a huge difference in the community.  As Merv showed us around, we passed this squatter toilet and I thought, “THAT better not be what needs painting!”

Sure enough, guess which room I was assigned. 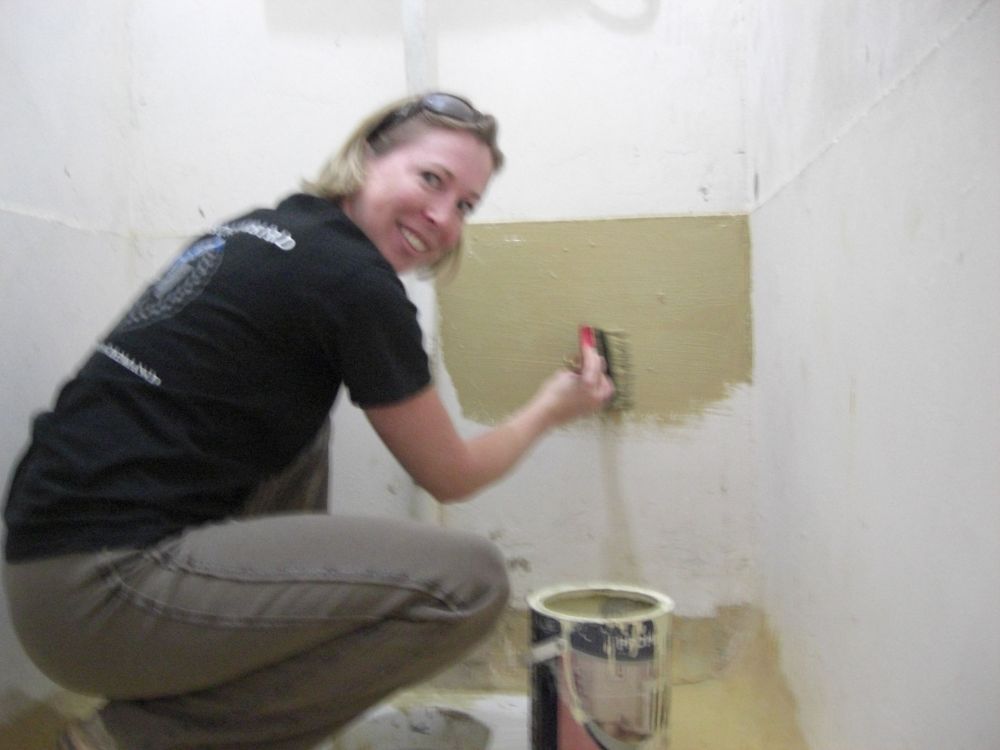 It’s not as bad as it looks – Merv says it’s never been used, and the dark spots are merely dirt and cementing material.  But it took a leap of faith to breathe through my nose again and decide he could be trusted.

My friend was right next door painting the shower room.  Some of the guys took an interest in us and kept passing by, offering to take pictures and wanting to be in them.  (However, the “painting” they were helping us do was totally fake.)  One sweet guy insisted on helping us clean our hands afterwards with paint thinner. 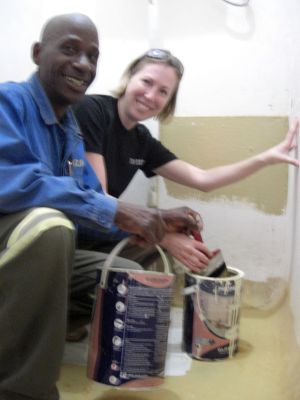 Many jobs here lack proper tools, to be sure.  Here the guys are mixing the paint mostly by hand.  And Merv’s shoe has fallen apart – weeks ago, he says – but no worries, he just holds top and bottom together with a piece of string.

To finish the tour, Merv took us by his favorite kiosk, where he says the peanuts are good and the woman selling them is absolutely beautiful.  She was, though I preferred to take photos of her cute kids instead.