At each annual milestone since moving here, we ask ourselves how much longer we think we’ll stay. Our parents and long-term cat sitter ask us this even more often. Our answer has always been, and still is, “Who knows?” We don’t have a specific contract with the company; they could send us home tomorrow if they (or we) wanted to. Four years ago we wondered if we could make it a whole year. But as we settled in, we found the lifestyle appealing, addictive even. And so at each year’s passing, we set our sights longer and longer.

But this year, for the first time, I think we can safely say we’re over the hump and on the downhill side. Most people who come here stay two years, it seems. At three years you’re considered senior. At four a veteran. Beyond that you start to look really odd, like you’re off your meds or something and need to be chased with a large net.

So surely the time left in front of us is less than the time behind us. But then again, who knows.

To commemorate the past twelve months, I’d like to present a few photos of our more miscellaneous moments – stuff I haven’t (or don’t plan to) blog about in more detail.

(September 2013) Buying trinkets at an outdoor market in Lubumbashi 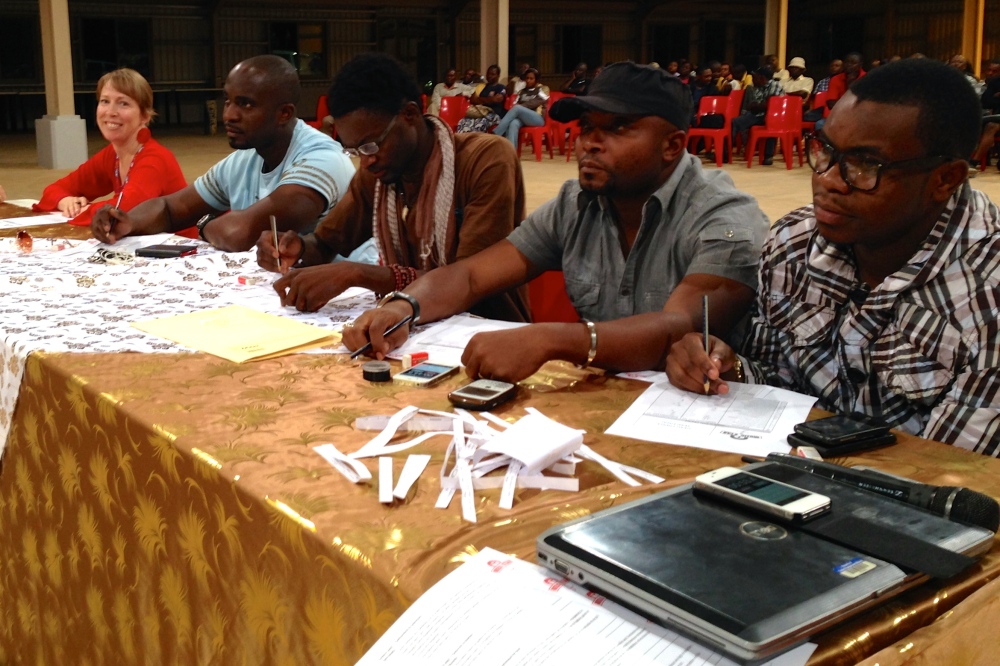 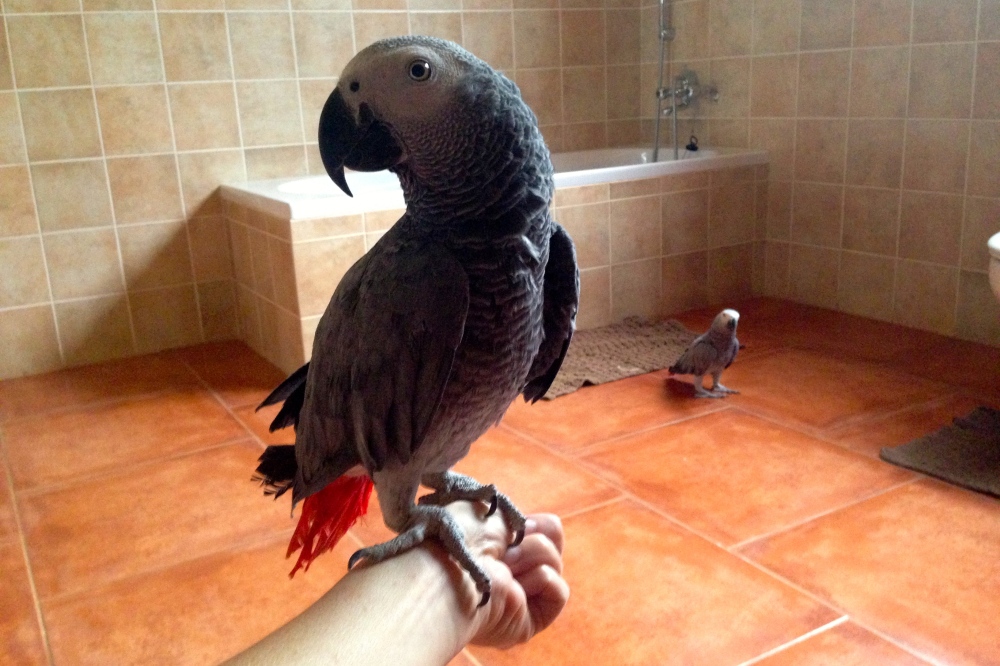 (November) Babysitting my neighbors’ African Grey Parrots Shaku & Kiji, who can say hello, Shaku’s name, and engage me in long whistling contests in the style of Simon Says

The parrots have a playmate, a locally-adopted cat called Stumpy, since he’s likely to lose a digit or appendage inside a parrot’s beak one day 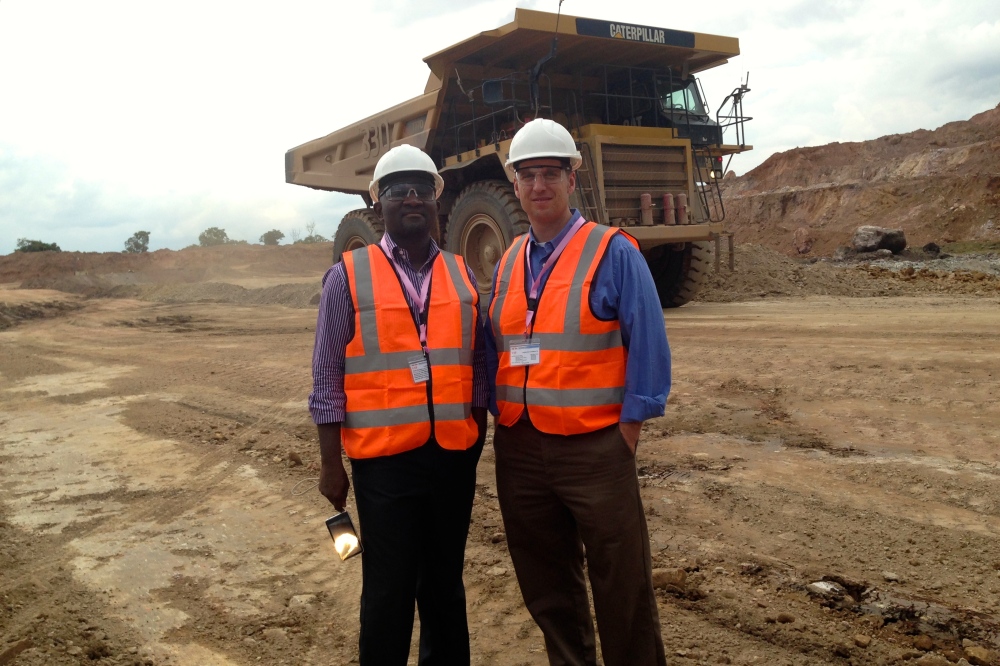 (November) Taking the guys from the Dept of State for a mine tour, my duty as volunteer area warden for the U.S. Embassy

(December) Looking out past our herb garden into the green, green neighborhood, just after our return from the vast deserts of Namibia

(December) Celebrating Papa Nzita’s birthday at our place, with dinner and a plaque Seb had made commemorating his lifetime achievement in exploration drilling 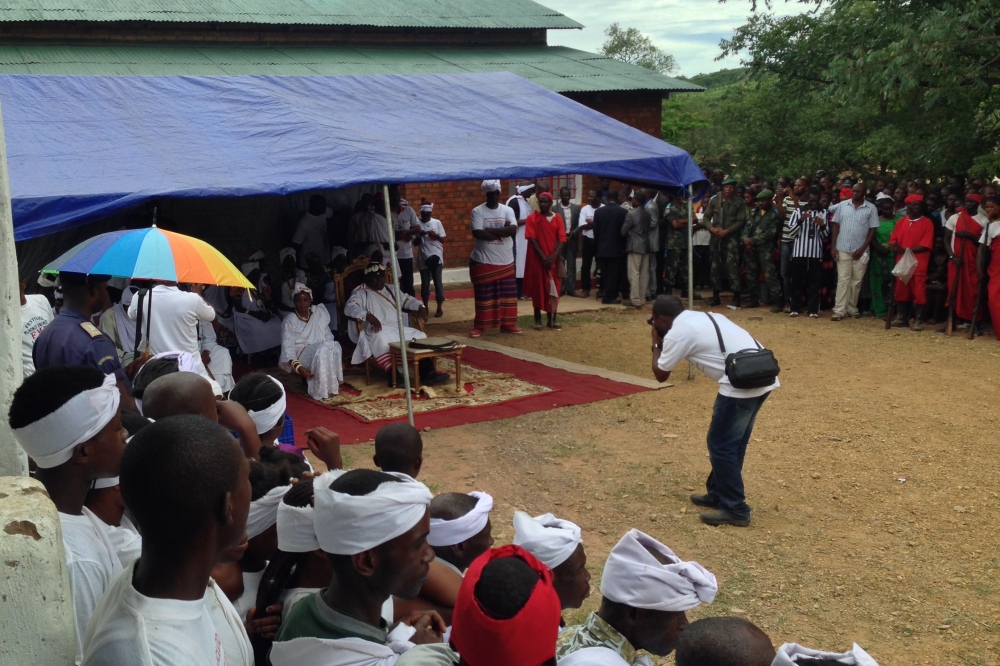 (December) A return to Bunkeya to fete the King, this time a short trip with just the girls

(December) Watching the rain clouds roll in while having a Sunday beer at our favorite perch in town, the third story of the Indian-run superlatively-named Hotel Best Palace

(February) Valentine’s Day dinner at the former company-sponsored South African restaurant about 30 minutes away, where you could cook a steak to your liking on a hot stone (perfect for a mining camp, I’d say)

(March) Lucy the monkey loves the camera, and a good belly scratch

(May) Local sunflowers called Kilulu Kunja (or something like that), announcing the end of the rainy season

(July) Visiting the skeleton crew at a neighboring exploration camp, about an hour away

(August) Our second visit to the nearby Tshilongo waterfall in the middle of the dry season, about a 2-hour drive through the bush 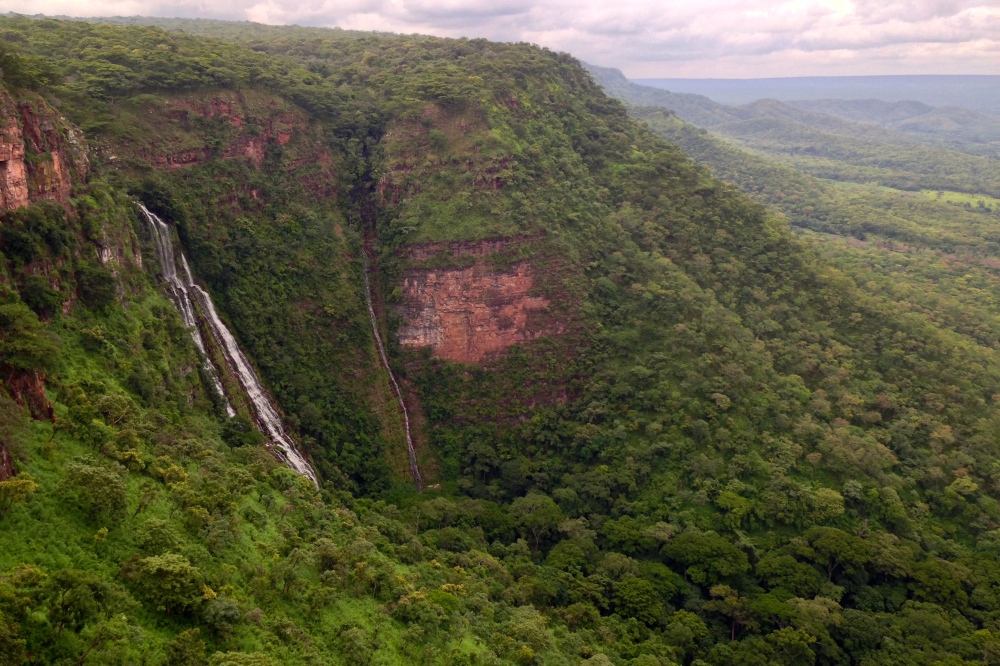 Compared to our first trip in the green season of December

For more info on the Tour de Congo (if you haven’t already assumed, it’s the Central African version of the Tour de France, which is pretty darn cool):