“Embrasse” is a great example of one of those French words that means roughly the opposite of what it looks like. A false friend, in linguist lingo. You would think an embrasse is an embrace… but that’s “serrer dans ses bras,” which translates literally as “holding tight in the arms” and doesn’t exactly trip off the tongue. Evidently, the French have trouble even translating the word for “hug.” They’re not so much the hugging type.

No, an embrasse is a kiss. And there are many opportunities around here to embarrass oneself with it. I’m talking about the Francophile custom of greeting someone with a kiss on the cheek… not, you know, something else. (If your mind is wandering to another kind of French kissing, here’s a fun article to read.)

The idea of a kiss on the cheek to say hello or goodbye is lovely. It’s sweet, it’s meaningful, and it’s much more hygienic than shaking someone’s hand, when you think about it. That is, if you do it right. Unfortunately, there are approximately a dozen ways to get it wrong. Let’s begin with the calamity known as the half-kiss half-hug, which results from one party having a very different idea than the other party of how this greeting is gonna go down, but both parties are moving forward too eagerly to slow down and make a correction. Even more calamitous is when both parties overcorrect in order to accommodate the other’s wishes. 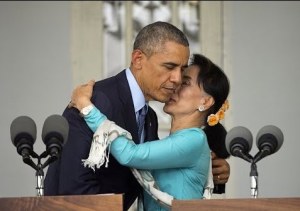 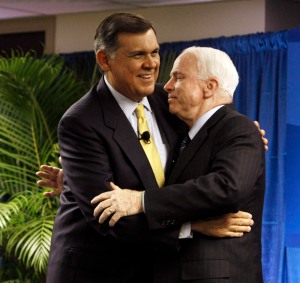 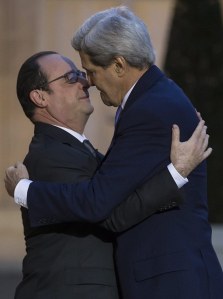 OMG, WHAT IS HAPPENING???

It helps, of course, when both parties come from the same culture. For me, it’s hopeless. Here in Congo we have quite the mélange of cultural influences: the Congolese who kiss hello differently than the Belgians, who do it differently than the French, who do it differently than the French Canadians. Then there are the South Africans and Australians and Brits who might do the kissing thing too but differently still. Some kiss once, some once per cheek, some three times, and people from certain regions of certain countries do it four times, twice per cheek! On top of this cultural confusion we have a group of Americans who normally don’t kiss hello on the cheek except when they’re living abroad and trying to look cool too. But we’ve really got the thing highly unmastered, which only furthers the confusion. Honestly, there are few things more awkward than two Americans trying to kiss each other hello. 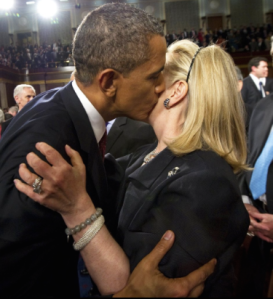 Our first year here I remember an American expat with a very distinctive method. He had a beard, not a large one, but it was usually a little wet after drinking a few beers. I know this because he would get it all over me as he insisted on kissing me hello four times. He would grasp my chin and turn it with his hand, contorting himself to fully plant his lips on my cheeks, yet inching closer and closer to my mouth with every turn, in painful slow motion. In other words, exactly wrong in every way.

I knew his method was ridiculous, but still he was a bad influence on me. I remember kissing a Congolese woman hello once in those early days, and I accidentally planted my lips directly on her cheek, which made quite a noise. She handled it gracefully, of course, but I figured out right then and there that lips are not supposed to make actual contact. It’s supposed to be more like an air kiss. Cheeks should touch, and maybe the corner of the lips, but not full on. This of course is the exact opposite of a kiss on the cheek back home, where an air kiss would be considered snobbish. If you’re going to go for a kiss on the cheek, you’d better mean it.

The silence of air kisses is also weird to me. I’m not real good with awkward silences anyway (I’m that girl in the elevator making inappropriate jokes just so somebody says something), so I almost always make some kind of sound. Either a kissing sound, even though I’m just kissing the air, or an overly dramatic “mwah!” sound, followed by a giggle.

Also I never know what to do with my hands during this intimate kiss hello, which grows exponentially more awkward the more kisses are given. Since I’m American and used to giving hugs or handshakes, it feels wrong to me to leave my hands at my sides. Like the equivalent of a limp handshake. I suspect that putting both hands on the other person’s shoulders can be a little too aggressive. A light touch with one arm is probably best; better yet to walk around with something in your hands, preferably a bouquet of flowers, so they are always occupied and you can use them as a physical barrier to ward off overly eager American men with beards. Plus you always have a gift for someone at the ready.

Then there’s the question of who goes first? And do you start on the left side or the right side? This is less tricky when you just let the other person take the lead. Preferably a person who was raised doing it. But the awkwardness of not knowing how many times — I can never remember, is it the Belgians that do it three times and the French two? — can easily frustrate even the best leaders. Here’s how it’s happened, and unfortunately more than once:

So it’s time for a kiss hello. I lean in, hoping to choose the right side and remembering to make light contact. After the kiss, unsure whether there will be a second one or not, I lean out to avoid smacking nose to nose, or nose to chin depending on the other person’s height. Also a little eye contact seems warranted, I mean hello, we just kissed, and may signal whether a second one is on its way. But if I lean out too far and relax too much, when the other person leans in for a second kiss I accidentally leave them hanging a little too long. To communicate my apologies for having abandoned them, I overcorrect with a hasty movement forward, which then throws one or both of us off balance. To make up for my overcorrection I then lean out and relax far too much the second time, usually with a little laugh, while inevitably the other person is going in for a third. So now I’m leaving them hanging yet again and for even longer this time because I’m trying to regain my balance, and so I must really overcorrect this time to show them that I don’t intend to be so standoffish. Giggling here seems appropriate, both to signal my anti-standoffish stance and also to admit that I really don’t know what I’m doing. If, heaven forbid, they make a really bad judgment call and go in for a fourth kiss, my increasing-in-volume-with-each-repetition mwah! sound effect reaches a fever pitch. Depending on the extent of the awkwardness, as well as my relationship with the other person, just to put a final end to all this kissing I may end up laughing out loud and pulling them against their will into a super-huge American-style embrace. And by that I mean hug.

For any French learners or proofreading Francophones out there: I’m purposely misusing “embrasse” as a noun in my first paragraph, just because it reads better in English. Ha! It’s my story. 😉 I realize that embrasser is actually the verb that means to kiss. So embrasse is not a noun but the third-person verb conjugation, as in: Il embrasse sa femme, he kisses his wife. The noun form is colloquially known as un bisou. A word which Rosetta Stone doesn’t go near, by the way, because if you accidentally use it as a verb you will be making an error of an altogether different kind!

I have a slight suspicion that the Kerry-Hollande man kiss above has been photoshopped. I watched the video of their greeting and, while awkward, didn’t seem to get that close. But I found it on the internet so it must be true, right? 😉